Enter your City name or Pincode

Madhya Pradesh (M.P.) is the heart of India. The state is surrounded by Gujarat on the west, Rajasthan on the northwest, Uttar Pradesh on the northeast, Chhattisgarh on the east, and Maharashtra on the south. Its capital is Bhopal.This is the second largest state in terms of area and is thickly covered by forests which account for one- third of the state's geographical area. The state is filled with all types of geographical structures including hills, plains, plateaus, rivers and forests. 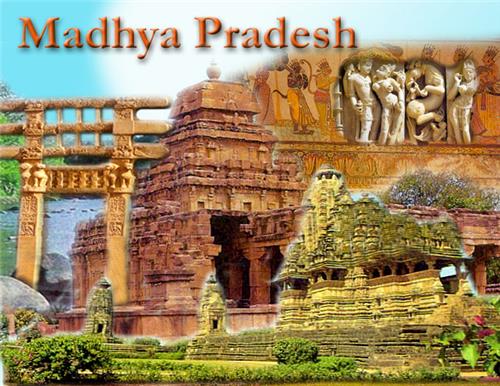 M.P. offers ample opportunities in travel and tourism. The state is famous for its superb Khajuraho temple which is located at the northern region. The scenic Malwa plateau in the southwest has the great Buddhist Stupa of Sanchi and a romantic 15th century citadel of Mandu.